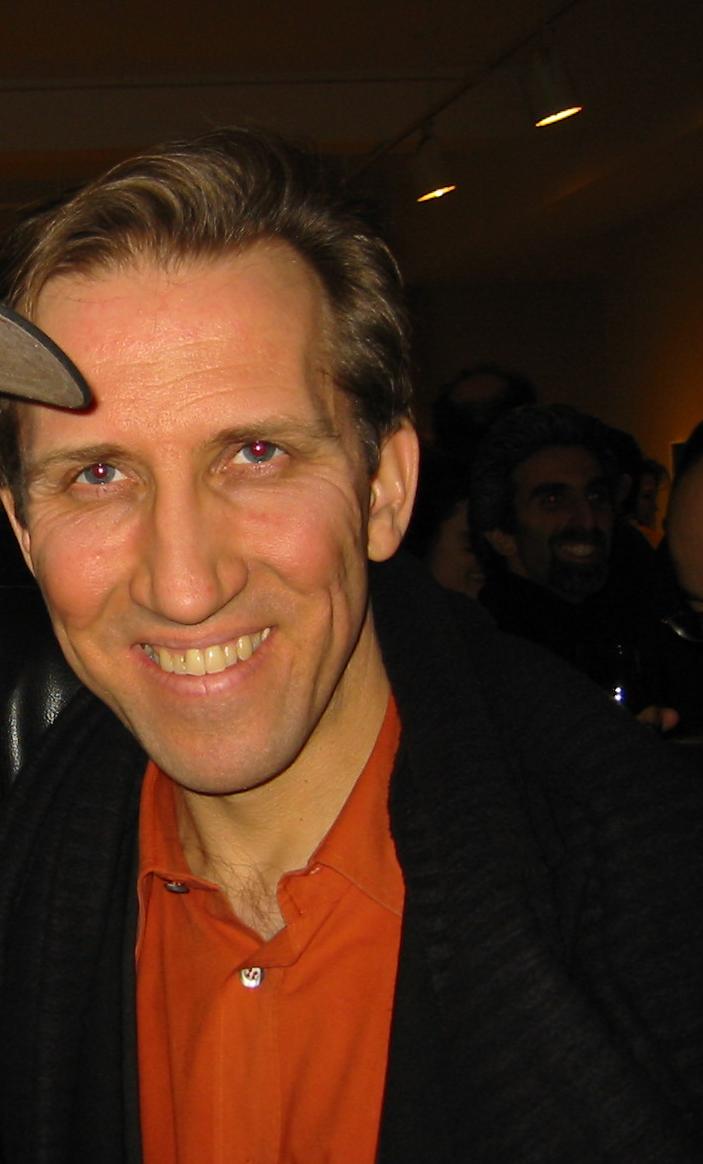 Mark Kostabi was born in Los Angeles on November 27, 1960, to Estonian immigrants Kaljo and Rita Kostabi.  He was raised in Whittier, California and studied drawing and painting at California State University, Fullerton.  In 1982 he moved to New York and by 1984 he became a prominent figure of the East Village art scene,  winning the “Proliferation Prize” from the East Village Eye for being in more art exhibitions than any other New York artist. 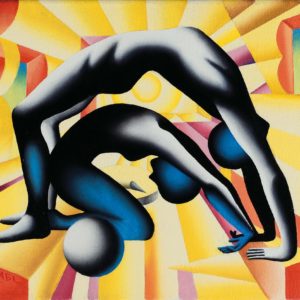 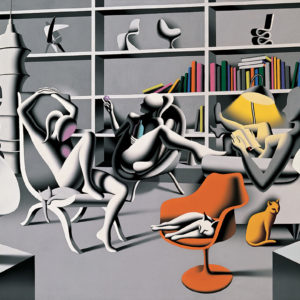 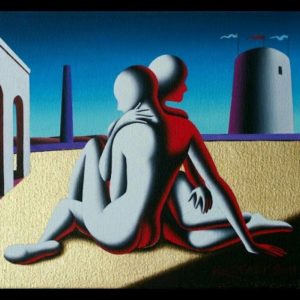 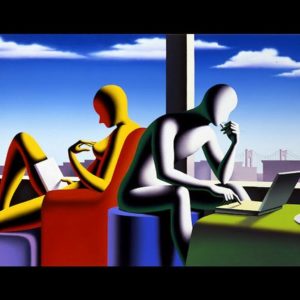 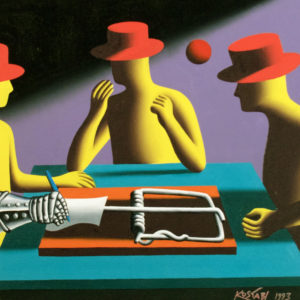 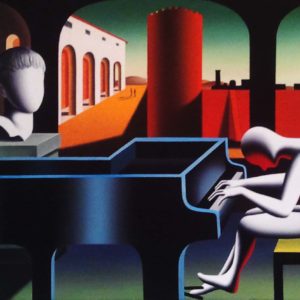 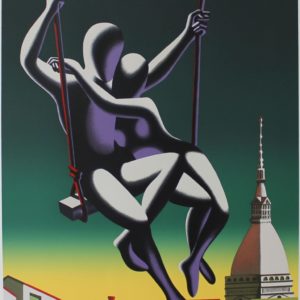 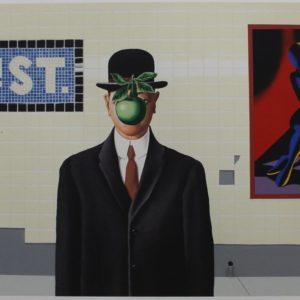 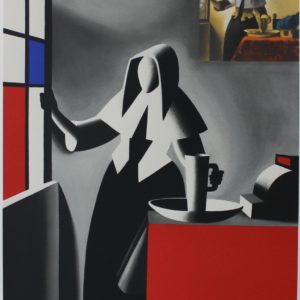 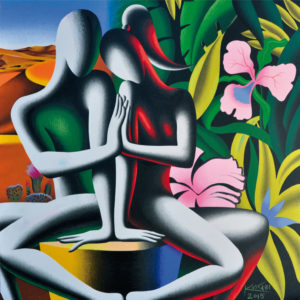 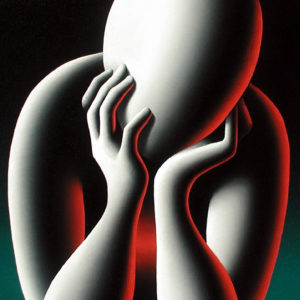 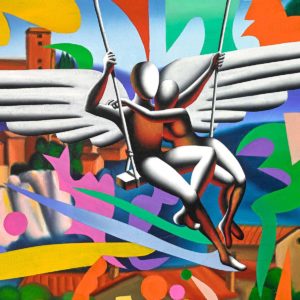